The Mechanism Of Granulation - Formation And Methods

Granulation is the process employed in the pharmaceutical industry whereby powder forms are made to bind together to form larger multiparticle entities or granules. Bonds between the primary particles are formed by compression, or by using a binding agent. Granulation is carried out for several reasons.

Additional benefits of granulation include (a) the risk of caking of hydgroscopic materials is reduced as the granules are still able to absorb moisture but retain their ability to flow on account of the large granule size, and (b) handling of toxic material is less hazardous than is the case with fine powder. Ideally the granulated material should exhibit high mechanical strength and be non-friable.

Granules are formed by the binding together of powder particles. Sufficiency strong bonds much be formed between particles so that they adhere and do not break. There are five recognized bonds that form between particles:

Compacting the powder for dry granulation can be done either using a heavy duty tabletting press, or the powder is squeezed between two counter-rotating rollers, in what is referred to as a Chilson compactor, to produce a continuous sheet or ribbon of materials.

In the case of the roller compactor, the different ingredients are first weighed and mixed in the required proportions. The resulting mixture is conveyed to the compaction area and compation rollers, normally with a screw feeder or auger. It is then compressed by roller compaction (slugging) for the first time. This results in sheets of compressed material, which are then milled into granules of exactly the agreed density, before being lubricated and compressed into the desired final form. Roller compacted particle are usually dense, with sharp-edged profiles. When a tablet press is used for dry granulation, the powders may not possess enough natural flow to feed the product uniformly into the die cavity, resulting in varying degrees of densification.

In dry granulation the pressure applied increases the contact area between the adsorption layers of particles and decreases the inter-particulate distances, thereby contributing to the final strength of the material. The pressure applied during dry granulation may also melt low melting-point materials where the particles touch and high pressures are developed. When this happens the particles will bind together and crystallization may take place when the pressure is relieved.

In wet granulation, granules are formed by the addition of a granulation liquid (usually an aqueous solution) onto a powder bed which is under the influence of an impeller (in a high-shear granulator), screws (in a twin screw granulator) or air (in a fluidized bed granulator). Agitation of the particles along with the added liquid produces bonding between the primary powder particles to produce wet granules. The liquid must be volatile so that it can be removed by drying and typically water, ethanol or isopropanol is used either alone or in combination. Aqueous liquids are safer to use than organic solvents. Although water may initially bind particles together, when it evaporates the powder may disintegrate so a binder is added, which is a type of glue. Typically povidone (polyvinyl pyrollidone (PVP) is used.

Once the water or solvent evaporates from the mixture, the binder locks powder particles together in granules which may then be milled to the desired dimensions.

The process can be very simple or very complex depending on the characteristics of the powders, the final objective of tablet making, and the equipment that is available. In the traditional wet granulation method the wet mass is forced through a sieve to produce wet granules which is subsequently dried.

The mechanism of wet granulation begins when liquid is added to the powder causing a thin and immobile film of liquid to form between particles. This causes an effective decrease in inter-particulate distance and an increase in contact area between particles. The shortening of the inter-particulate distance increases the Van der Waals forces of attraction. More liquid is usually added in wet granulation to form a mobile liquid film. As a result, there are three states that can describe the distribution of liquid between particles:

In the capillary state liquid penetrates the pores of the particles and will form a solid bridge between particles, giving the strongest form of adhesion, when the liquid evaporates.

Nucleation of granules in wet granulation starts with a number of particles joining together in the pendular state. Agitation of the mixture causes the particles to adopt the capillary state and at this point the particles act as nuclei for further granule growth. As the mixture is agitated, further granular growth occurs forming a large number of small granules with a fairly wide size distribution. This is the ideal composition. Two or more granules may coalesce to form larger granules, or they may break into fragments that can adhere to other granules. There may also be some mechanical interlocking of powder particles. If agitation is continued too far, the granules will coalesce to form unusable over-massed spheres of material. The amount of liquid added and the nature of the starting materials will affect the required mixing time, as well as the type of mixer. High shear mixers often require less liquid than low–shear mixers, and high impeller rotation speeds can cause local heating of the mixture and loss of solvent by evaporation.

Which Tablet Press Is Right For Me?

We've made a short quiz that will tell you in under 1 minute which tablet press is the right one for you or your business.

The dry granulation process is a process whereby granules are formed without the aid of any liquid solution, as the ingredient to be granulated is moisture- or heat-sensitive. To form these granules, it is important to use compacting and to densify the powder. A slugging tool or a roller compactor tablet press machine is used to conduct the dry granulation process.

In wet granulation, powders are bound together using adhesives rather than compacting motion. As more liquid is added to the mix, bridges form between the particles, which increase the tensile strength of bonds.

The process of wet granulation includes the massing of mix dry powders with granulating fluid. The fluid contains solvent, which can easily be removed when dried. The fluid should be non-toxic and may include water, isopropanol, ethanol and methylene; they can be used alone or combined with other solvents. 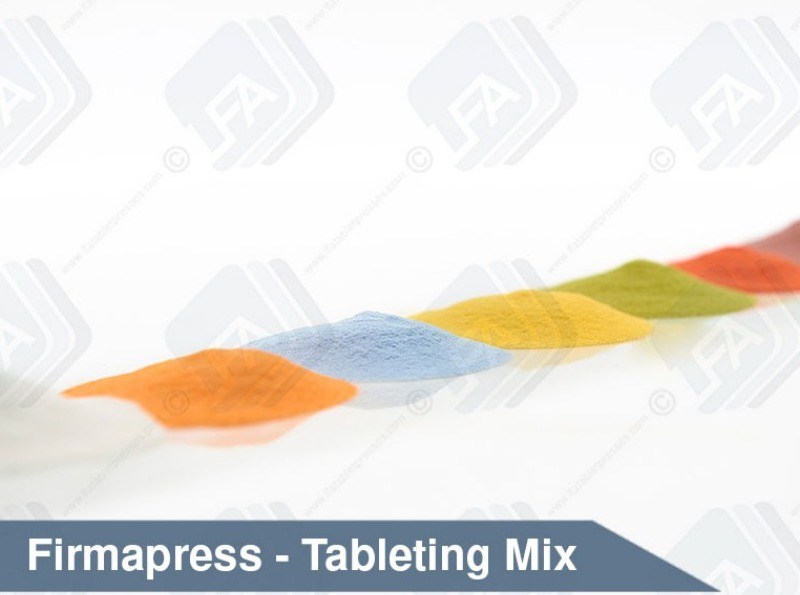 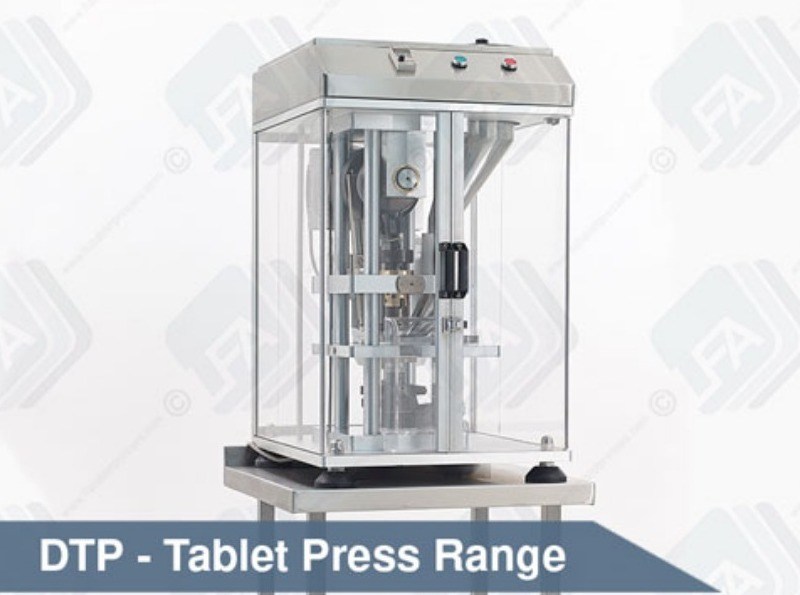